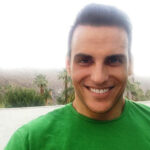 After retiring from MMA as a Pro-Cage fighter, Matt took a U-turn and decided to pursue a healthier lifestyle. He became a gerontologist, microscopist, author, lecturer, nutritionist & diachronic linguist. His journey into health and longevity first opened his eyes to what scripture says man was designed to eat and our true biological potential. After studying language, he realized there is no possible way it could have evolved on its own. This was the turning point where Matt realized there must be something other than evolution theory. He found Young Earth Creation, became a believer, and abandoned the pagan theory of evolution entirely. Eventually, he met Donny, the man behind Standing For Truth, and worked with him to form a team that would later be known as Team Standing For Truth. He is the video and movie editor for the team. He is truly the man behind the scenes. He also works effortlessly with Donny to produce endless content and published books. His goal is to unite all believers in the fight against the pagan theory of evolution and fight the growing trend of atheism.

Colossians 2:8
Beware lest any man spoil you through philosophy and vain deceit, after the tradition of men, after the rudiments of the world, and not after Christ.