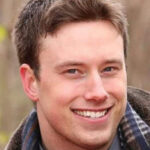 Known by many as Standing For Truth (SFT), his real name is Donny. He is the man behind the Team Standing For Truth Youtube Channel and Biblical Creation Ministry. He has authored the books “Universal or Separate Ancestry? The Biblical Model of Origins Made Easy”, “Why Human Evolution Is False: The Scientific Case For Independent Origins”, “The First Couple: Adam and Eve – Independent Origins (Refuting the Critics)”, “SPECIAL CREATION”, and “The Independent Origins Handbook” (as of August 2021).  In addition to these books, Donny has also co-authored several books with creation apologist Matt N. (known  by many as Raw Matt or Mattman on Youtube).

Donny received his diploma in nursing and worked for many years as a Registered Practical Nurse. As a student, and while working as a full-time RPN—he became fascinated with biology, health, the cause of disease, and the incredible complexity of life. Because of his education, and career, he was able to build a foundation for his future dedication to the Creation versus Evolution debate. Having a strong passion for science and devoting himself to these studies eventually led him to Christianity, and Young Earth Creation. Genetic Entropy (a term coined by Dr. John Sanford), and the problem of mutation accumulation, was a major reason for his conversion into YEC. Mutation accumulation puts shelf lives on genomes. Mutations result in death and disease. He quickly realized that the claimed mechanisms for significant evolutionary change were not the type of processes that could drive common descent. His medical study and career as a Registered Practical Nurse gave him the experience and knowledge necessary to understand that the reality of Genetic Entropy points us to our need for a Savior. Our hope is not in this world. Our hope is in Christ.

Donny has now been studying creation and evolution for numerous years. He ultimately decided to focus on full-time Ministry, joining forces with Matt to help win the war against the philosophy of evolutionism. Together, they have also been working for many years formulating an irrefutable model on Biblical ancestry.

Beingno stranger to discussing and defending Biblical Creation, Donny has engaged in well over 80 live debates, including debates with many well-known proponents of evolution, PhD Scientists, and serious students of evolutionary theory. He has been interviewed many times on various Youtube channels and podcasts and has also interviewed some of the world’s most well-known young earth creationists. He has hosted and moderated over 100 formal and informal debates, and he is just getting started!